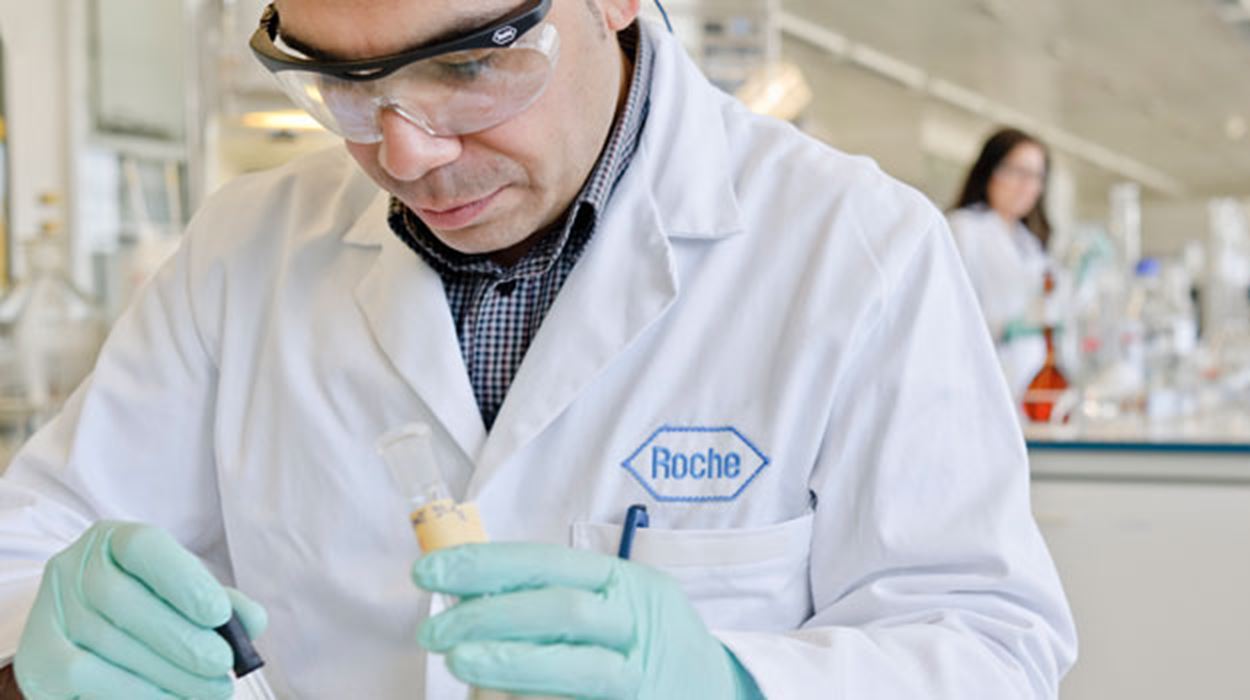 Getting the right people through the door is one of the most undervalued areas in HR.

Guard your front door well and you solve a lot of problems about performance, talent and engagement; do it poorly and you’re storing up problems down the line, ending in underperformance, grievances, and a convoluted and inefficient talent pipeline.

Good talent acquisition (I’ll talk about the difference between recruitment and TA in a later blog), is also the key to getting diversity right – without diversity an enterprise will stagnate. Abandon the cookie-cutter ‘like-me’ approach and seed in a range of talent, and you can mitigate bias, as well as giving the organisation the agility to shift with the climate of disruption pervading business across the globe in the 21st century.

The third largest pharmaceutical company in the world, employing over 94,000 people in its entirety, Roche are pioneers in healthcare.

Understanding the importance of talent acquisition, they had a vision for their function that placed it in an advisory role to the rest of the organisation, adding unique value and bringing in a mix of talent that would feed the long-term strategic agenda.

They wanted to move away from a numbers-based model, bringing in the same type of talent based on an outdated model that emphasised speed of hire. They would replace this with a more consultative stance, focusing on finding the people that, although in need of some investment and development, would reduce the pain, time and money that go into underperformance. This meant more persuasive seeking and ‘selling in’ of talent, as well as a focus on diversity.

They also wanted to improve the candidate experience, so that whether or not they were offered the job, people would feel that they had been treated well and had learned something about themselves.

The first step towards these goals would have three objectives. To equip the recruitment team with the skills and competence to be successful; to help them better understand themselves to achieve that; and to give them clarity about what they want to do in their lives. In short:

“To help people work out what they want to do, and then be brilliant at it.”

Stage one of the process focused on gaining self-insight. Using IG’s Insights Coaching approach, and psychometrics, we helped each individual gain a much better understanding of themselves, their capability and how that would likely play out in the TA context.

Committing to this process isn’t easy.

“Personal insight doesn’t always come with bells on – it brings some darker stuff with it too. The uncomfortable truths can be hot and difficult.”

But it can bring some truly valuable insight, tackling issues that are at the heart of what hold people back in their professional, and personal, development.

“I’ve always wrestled with the idea of being bold, finding the balance between being forthright with my vision and respecting someone’s right to choose. The work with IG has helped me step into this dynamic with greater confidence. As my team said to me post-intervention: ‘Andrew, if you see it, call it.’ And now I feel happier doing that.”

A culture of reflection

The simple of act of investing time and attention into each of the team members as an individual has the power to transform, regardless of what came out of the exploration. Taking time out from the busy, goal-focussed pace of daily work and giving someone the time to think about themselves – really reflect on their personality, their work, and their interactions, can be powerful. It was made clear that the goal here wasn’t to judge – there was no ‘pass’ or ‘fail’ (despite the recent trend for psychometric test preparation – which doesn’t work by the way.) The goal instead was to understand the individuals, how they worked together and how they could be improved. So the pressure to perform was off, despite there being a consistent challenge held in place throughout.

In the words of one of the participants:

“Unlike some of the more conventional executive coaching offerings, we explored not just my goals, but also the potential sources of the subconscious thinking patterns present in my working life. By exploring the past, as well as the present and future, we were able to gather rich and more holistic realisations about why I do what I do and how best to grow with even greater accuracy and relevancy. In addition I came away with a personal toolkit to apply to my working life in order to shape it for the better.”

Stage two aggregated all the data we had collected, creating a gap analysis that would juxtapose the ‘As Is’ – how things are now – with the ‘To Be’ – the vision of the future. This looked at the capability of the team members, the culture, and the management practices. It also evaluated the overall team dynamic, looking at how individuals’ qualities and capabilities fit together as a working unit.

Two key development areas for improved insight and influence came out of this evaluation.

As well as improving the team’s ability to assess individuals, this meant establishing a framework or toolkit to bring more data and objectivity to judgements about people.

As internal consultants, one needs influence: the ability to create opportunities by working proactively with hiring managers, leverage the networks of people they hire in, get better feedback on the candidate experience, and establishing leads for other available talent.

Stage three was concerned with bringing the team together to discuss what they had learned so far, and bridging the gap between the current status quo and the vision for the future with a concrete series of actions.

Some reflections on the process from those involved:

“An enlightening, non-judgmental and empowering experience. They say knowledge is power, but knowledge of one’s self is powerful ... and I left feeling powerful.”

“Embracing this experience has helped me define who I am, to recognise my own brilliance and make the move from ordinary to extraordinary.”

“The work has caused a wonderful removal of separation between the members of the team and myself. There’s less miscommunication and less need for communication overall – because nearly all our energy is heading in the same direction now.”

“The discussions with IG were incredibly useful. Their coaching has helped me prioritise and set clear goals. They helped me achieve clarity in relation to my career aspirations and challenged certain misperceptions I had about myself.”

Feedback from the wider organisation was also very positive: they felt that the team’s ability to add value and build relationships had grown. Even at this early stage, they could see a culture of self-insight, clear communication and honesty percolating through the layers of the organisation.

“IG had a lovely approach and have a rare ability to understand their agendas and get their own egos out of the way of the work. They managed to reach a delicate balance between this and holding the overall outcomes in mind. There are lots of good coaches, but this combination is rare and has been a powerful transformative force for the team. I’m really appreciative of their work.”